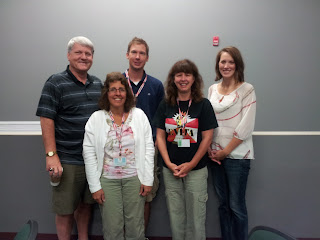 Several social studies teachers attended the four day Intech 2012 Conference held at Edgar High School. The Intech Conferences began many years ago and were the brain child of Lois Alt and Sue Kuhnmuench. This year's conference featured Jon Bergman, one of the co-creators of the flipped classroom. He discussed how to get the best use out of classtime by providing some of the instruction outside of class. Teachers also received extensive SMARTBoard training as part of the grant from the Morgridge Family Foundation. As a special treat, our own social studies department member, Jeff Bergstrom presented and did an outstanding job. 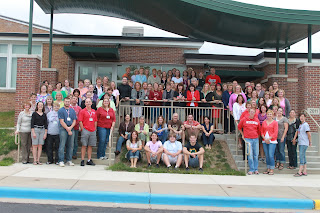 Nine social studies staff members attended the MoodleMoot Conference in Sun Praire. The staff included: Glenn Olstad, Travis Greil, Michele Vinje, Christian Ammon, Nancy Gajewski, Jeff Bergstrom, Chad Thompson, Kate Wollersheim and myself. Kate is the newly hired middle school social studies teacher. The staff learned that Moodle had been upgraded and were excited about one of the features for adding assignments into Moodle. Cory Jaeger, the head of technology recently upgraded the D.C. Everest Moodle site to version 2.3 which will be really helpful. Staff learned that Moodle can be used for much more than simply storing assignments. We will be using the journal and forum features as well as the quiz feature.Here are some Moodle sites started last year to check out: (Go in as guest)   American Seminar  APUSH  Early 20th Century  Recent America  Social Studies Alt. 10   Social Studies Alt. 11  U.S. History Class.
Posted by Paul Aleckson at 3:15 PM