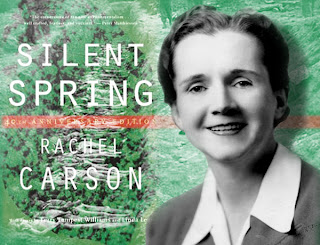 The following books provide a great starting list for students in Advanced Placement United States History. These books are landmark books in U.S. history. In addition to these books, EDSITEment has an awesome list of books for college bound students.

The Last of the Mohicans (1826) James Fenimore Cooper; Cultural nationalism in post War of 1812 period; This fictional work is based on the 1757 surrender of Fort William Henry to the French during the French and Indian War.

Democracy in America (1835, 1840) Alexis deTocqueville; Foreign traveler comments on the U.S.; Tocqueville wrote a very fine book in two volumes that analyzed U.S. and Americans in the 1830s, including the horrid treatment of Indians and blacks.

Women in the Nineteenth Century (1845) Margaret Fuller; Women's rights movement;Fuller said that women must fulfill themselves as individuals, not subordinates to men. The book was influential at Seneca Falls.

Uncle Tom's Cabin (1852) Harriet Beecher Stowe; Fugitive Slave Act of 1850 (part of Compromise of 1850); Slavery. This book inflamed both the North and the South.

A Century of Dishonor (1881) Helen Hunt Jackson; Reform movement leading to Dawes Act of 1887. Jackson wrote of the mistreatment of the Indians since colonial times. This book was to Indians what Uncle Tom's Cabin was to slavery.

Our Country (1885) Imperialism; racism; Strong argued that the Anglo-Saxon "race" would conquer the world.

The Influence of Sea Power Upon History 1660-1783 (1890) Captain Alfred Thayer Mahan; Imperialism; naval arms race; Mahan demonstrated the importance of a strong navy for national power; his work led to the U.S. building the Great White Fleet of battleships in the 1890s and the naval arms buildup among various nations.

How the Other Half Lives (1890) Jacob Riis; Slums; reform; Riis described the horrible living conditions in the poor tenement district of New York City.

The Significance of the Frontier in American History (1893) Frederick Jackson Turner; The end of the frontier and the emergence of urban America; Turner wrote about the practical, inventive, coarse, individualistic American that was the product of the American frontier.

The Shame of the Cities (1902) Lincoln Steffens; Muckrakers; Progressive reform; Steffens described corruption in major cities and cried out for reform (book appeared earlier in serial form in McClure's)

The Souls of Black Folks (1903) W.E.B. DuBois; Blacks in America; He argues for advanced education for blacks while despairing of the plight of blacks since Reconstruction.

The Promise of American Life (1909) Ernest Hemingway; TR's New Nationalism; Croly (and TR) preached that big government should regulate big business and big unions. [Contrast this with Wilson's New Freedom which suggested that big business should be broken up to promote competition among small businesses.]

Main Street (1920) Sinclair Lewis; Provincialism and intolerance; Small-town American values are skewered as a bright young woman is frustrated as she tries to change things for the better.

On the Road (1957) Jack Kerouac; Counter-culture in the 1950s; "beatniks"; the "beat generation" Kerouac writes about three years of restless cross-country trips involving various stories of people living on the fringes of society

Thanks to jaredshmared and his list on Quizlet
Posted by Paul Aleckson at 2:45 PM